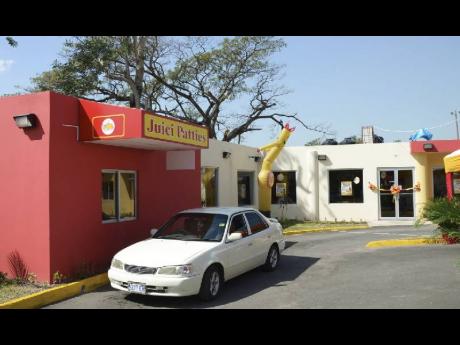 A constant theme of hope and possibilities, even in the face of continued economic dismay, existed with each speaker at the official opening of a new Juici Patties at 119 Constant Spring Road.

The official opening, held last Thursday, brings to 61 in the fast-food chain, with two stores for the franchise holder of the newest store, Radcliff Knibbs.

“One has to give thanks to God, and as cliché as it may sound, without the guidance of God we could not be here today,” said Knibbs, adding that the thrust to open a new store came through them outgrowing their Stony Hill store.

“There will be additions in terms of offerings and the expansion of the store,” said Knibbs of the fast-food restaurant which is across the road from Immaculate Conception High School, as well as near to the Constant Spring Tax Office and the Constant Spring football field.

William Mahfood, managing director of the Wisynco group, encouraged others to, like them, invest in Jamaica.

“Investment is what is important to dig Jamaica out of this,” he said.

Minister of State in the Ministry of Industry, Investment and Commerce, Sharon Ffolkes-Abrahams, echoed the need for continued commitment to the country.

” We know the story of Juki Chin making patties in his mother’s kitchen at age 16 and I think that more of us can become productive, and we can become very wealthy as a result of what we do, ” said Ffolkes-Abrahams.

She noted that with a growing United States market and increased life expectancy in that country, opportunities exist for Jamaicans to further penetrate the market.

“However, this is only possibly if we are able to comply with their requirements,” said Ffolkes-Abrahams. She also noted the establishment of the new national standard for food production and processing – the Jamaican standard for the production of processed foods utilising the Hazard Analysis Critical Control Points (HACCP) principles. which sets out a system guideline for food management. while not yet compulsory, Ffolkes-Abrahams encouraged food-related businesses to adopt the system before it becomes mandatory.

The store has a drive-through window, offers lunch dishes including curried goat, oxtail and beans, brown stewed fish, among others. It opens Mondays to Thursdays from 6 a.m.-7 p.m., and Fridays and Saturdays from 6 a.m.-8 p.m.