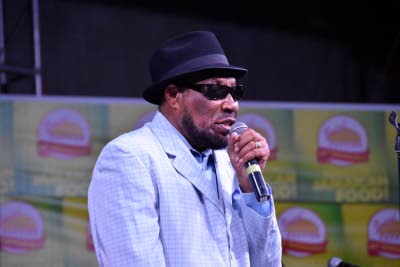 Organisers of Startime, local vintage music concert series, are still basking in the success of Saturday’s staging of the event at the Juici Patties Complex in Clarendon.

Startime’s Michael Barnett was still in high spirits when the Jamaica Observer caught up with him for his take on the event.

“First, I have to start with the venue. The Juici Patties venue is a terrific location for a show. It is well laid out and has the room to allow you to do what you want to make your patrons comfortable. This was key, considering the numbers which turned out for an event at this venue for the first time… we are overwhelmed.”

Barnett said the Startime team was introduced to the venue by Manchester businessman Tony Cha, who suggested that the series would be the right type of event to launch the venue.

“It was challenging at the onset, but I love a challenge. We were not sure we could fill this venue and, therefore, had to strengthen our promotions from the way in which have done traditionally. It became clear from very early that we were moving from a parish event to a national event, and we have to promote this Startime as such.”

Part and parcel of the promotion was the line-up. This staging of Startime saw the largest roster of acts ever booked. Barnett explained that usually there are between six and eight acts on the show, depending on the strength of these artistes. However, for last Saturday’s show, it was a whopping 11 acts which took to the stage in Clarendon Park.

“The team from Juici Patties wanted the same line-up from our January show for their show. However, once we posted this on our

Facebook page, one Startime fan commented that she was disappointed that there was nothing new and it stuck in my head. We then decided to include a number of Clarendon-born acts, hence Derrick Morgan and Freddie McGregor. We completed this with the Clarendonians… what would a show in Clarendon be without the Clarendonians?”

Barnett assured patrons that the event is a Corporate Area event and will remain that way, however he is not averse to taking the show to other areas of the island.

“Startime returns to Kingston on January 14. We are now adopting the second Saturday of January each year for Startime. We are going back to the shorter line-up for this show and will be tweaking our sound, as Saturday’s show was not what we are used to. As for artistes, we would love to have Barrington Levy and the fans are clamouring for Beres Hammond. Beres has appeared as a guest with Marcia Griffiths twice, but he has never appeared on the show as a solo act…so we will see if that can happen as well as a number of other surprises,” said Barnett.